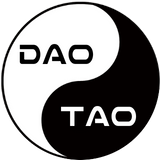 This project starts from the hypothesis that "DAO (Decentralized Autonomous Organization) may realize the philosophy of Taoism." There was this sentence in a commentary book about DAOs. Since DAO is still in its beginning stages, it may be possible to create a DAO in that direction. So to connect the two, here is an open platform to study DAOs and Taoism. The goal of the project is to create a book about DAO/TAO together. The book will be entirely composed of quotations, just as one of the canonical book of Taoism, the "Chuang-tzu" was, and will contain a vision of the coming DAO.

What is a DAO？

DAO is the short form for "Decentralized Autonomous Organization". It stands for a new form of collaboration made possible by blockchain technology. Groups, projects, or communities that organize themselves based on a common mission define rules that are executed by the blockchain. The DAO is considered the upcoming form of the corporation. The essential characteristic is the absence of a central controlling body or leader. DAOs are run by the participants themselves and can autonomously shape and continue the activities of the organization. Therefore, future DAOs may find application in a wide variety of organizations, from public companies to states to small communities. They have the potential to change the traditional infrastructure on which society has functioned until now on a grand scale.

What is a TAO？

TAO is one of the terms in Chinese ancient philosophy. It is the place through which people and things must pass and is a term that broadly refers to the universal laws of cosmic nature, the fundamental reality, the moral code, and the source of beauty and truth. TAOISM, which is said to have taught this TAO, includes a wide range of content, but here we will let the ideas of “Tao Te Ching” and “Chuang-tzu”, two books that are considered the scriptures of TAOISM, represent it. These books were not written by a single author alone, but rather were added to and edited by numerous authors through the ages.

Study the texts in "Learning Resources".

※Please add your own learning resources.

Quote any text from "Tao Te Ching" and "Chuang-tzu" that you think is relevant to DAO and post it in Discord.

※Quotations from other books are also welcome.

“Nowadays," complained Mr. K., “there are innumerable people who boast in public that they are able to write great books all by themselves, and this meets with general approval. When he was already in the prime of life the Chinese philosopher Chuang-tzu composed a book of one hundred thousand words, nine-tenths of which consisted of quotations. Such books can no longer be written here and now, because the wit is lacking. As a result, ideas are only produced in one's own workshop, and anyone who does not manage enough of them thinks himself lazy. Admittedly, there is then not a single idea that could be adopted or a single formulation of an idea that could be quoted. How little all of them need for their activity! A pen and some paper are the only things they are able to show! And without any help, with only the scant material that anyone can carry in his hands, they erect their cottages! The largest buildings they know are those a single man is capable of constructing!"

With the support of HAUPTSTADTKULTURFONDS and E.ON Stiftung. In cooperation with KYOTO EXPERIMENT